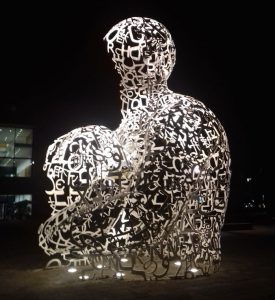 ‘Body of Knowlegde’ by Jaume Plensa

During this time, I have taught in both German and English, and at all levels (introductory Proseminar, advanced-level Hauptseminar and Forschungspraktikum in Germany; 300-, 400- and 500-level classes and seminars in the US).

The topics of my classes concentrate on politics and policy-making in the EU, comparative politics in Europe and the Europeanization of politics and parliamentary democracy. Specific seminar topics include the following (with indications of years taught):